By Gary Coverdale, Assistant CIO and CISO, County of Napa 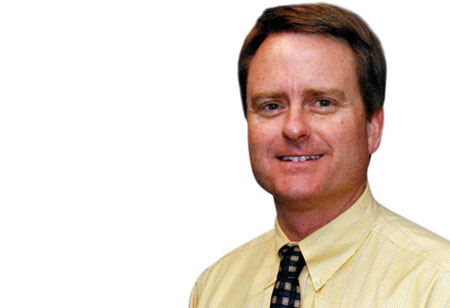 By Gary Coverdale, Assistant CIO and CISO, County of Napa

Preparing for natural disasters helps to build a foundation for emergency response. The best preparation, outside of formalized training, however, is working through an actual disaster. For the County of Napa and the Information Technology Services Division, the unfortunate reality of responding to three real-life emergencies over the last four years has provided us with valuable experience that will help us better prepare for future emergencies.

The chain of natural disasters for Napa County started on August 24, 2014, at 3:20 am with a 6.0 magnitude earthquake. This earthquake, known as the 2014 South Napa Earthquake, was the first large-scale natural disaster to strike in many years. It destroyed or damaged over 1000 buildings, ruptured water lines, buckled roadways and heavily damaged many of the County’s offices. The biggest IT challenges were the need to relocate the county’s Emergency Operations Center (EOC) and multiple county departments from their damaged buildings to temporary work locations. Delays in accomplishing this would result in critical services not being available to citizens.

The second major event was a mutual aid response to Lake County, which borders the north end of Napa County. A major wildfire, known as the 2015 Valley Fire, broke out on September 12, 2015, shortly after 1:00 pm. Fueled by high winds, the fire spread quickly to over 10,000 acres in the first six hours. With nowhere else to go, residents from the south end of Lake County were forced to evacuate into Napa County.

In order to house hundreds of evacuees, Napa County EOC officials set up an evacuation center at the Calistoga Fairgrounds. In this situation, the challenge for IT was to move the County’s EOC operations from Napa to the fairgrounds, a location that did not have the technology infrastructure to support emergency operations.

The third event was the 2017 Napa Fire Complex that broke out on October 8, 2017, just before 10 pm. There were initially two separate fires with two others starting shortly thereafter. High winds and low humidity made it difficult to battle these fast moving fires. Here, the challenge was supporting fire responders, law enforcement officials and even the local and global community with web maps showing fire affected areas. These maps were a critical component of the County’s support to emergency responders and community outreach. The challenge for IT was supporting the amount of simultaneous views of the web maps.

All three natural disasters brought up new and unique technology challenges that had not been covered in a training class or anticipated by Napa County IT. However, they did provide opportunities to learn and better prepare for the future. The 2014 South Napa Earthquake taught us to be prepared to relocate multiple County operations with little advanced planning and highlighted the importance of hardening our key facilities. We learned the value of maintaining an equipment cache that includes desktop PCs, laptops and networking equipment for rapid deployment. Most importantly, it provided the impetus for a new disaster-resistant EOC.

The 2015 Valley Fire disaster response showed that EOC staff needs to be prepared to relocate from their primary EOC location to a remote site in order to provide better support to citizens. The challenge was that the remote location did not have the technology infrastructure to support emergency operations.

This necessitated the building of an IT infrastructure at one location while simultaneously supporting the on-going EOC operations. The experience gained during this high-pressure situation led the IT team to design and build an “EOC in a Box” once the emergency was over. This solution is a set of three components made up of networking equipment that provides full IT infrastructure at a remote location, banks of laptops and phones for use by remote EOC staff and a solution that provides a high-speed cellular connection for access to the internet. This “EOC in a Box” actually comes in three boxes that IT can easily transport to any location.

Finally, the 2017 Napa Fire Complex was an example of yet another learning experience for Napa County IT. This set of fires moved so quickly that up-to-date fire perimeter maps played a key role for fire responders, law enforcement officials and to the local and global community. To satisfy this need, the IT Geographical Information System (GIS) group created web maps using remotely sensed heat data, which was updated multiple times per day. At one point, access to the maps on the County website greatly slowed due to approximately two million map views during one evening. Not only did this impact public map viewing, but it also slowed the efforts of GIS staff updating the underlying data. In order to alleviate this performance drain on the County network, the GIS team moved the data and web mapping to a cloud-hosted infrastructure.

The devastation of a natural disaster is the last thing any community wants to experience. When one does strike, though, a well-prepared IT department can marshal technology resources to facilitate the response and recovery for government responders and citizens. Learning from past experiences is a key part of this preparation and Napa County has grown from every incident.